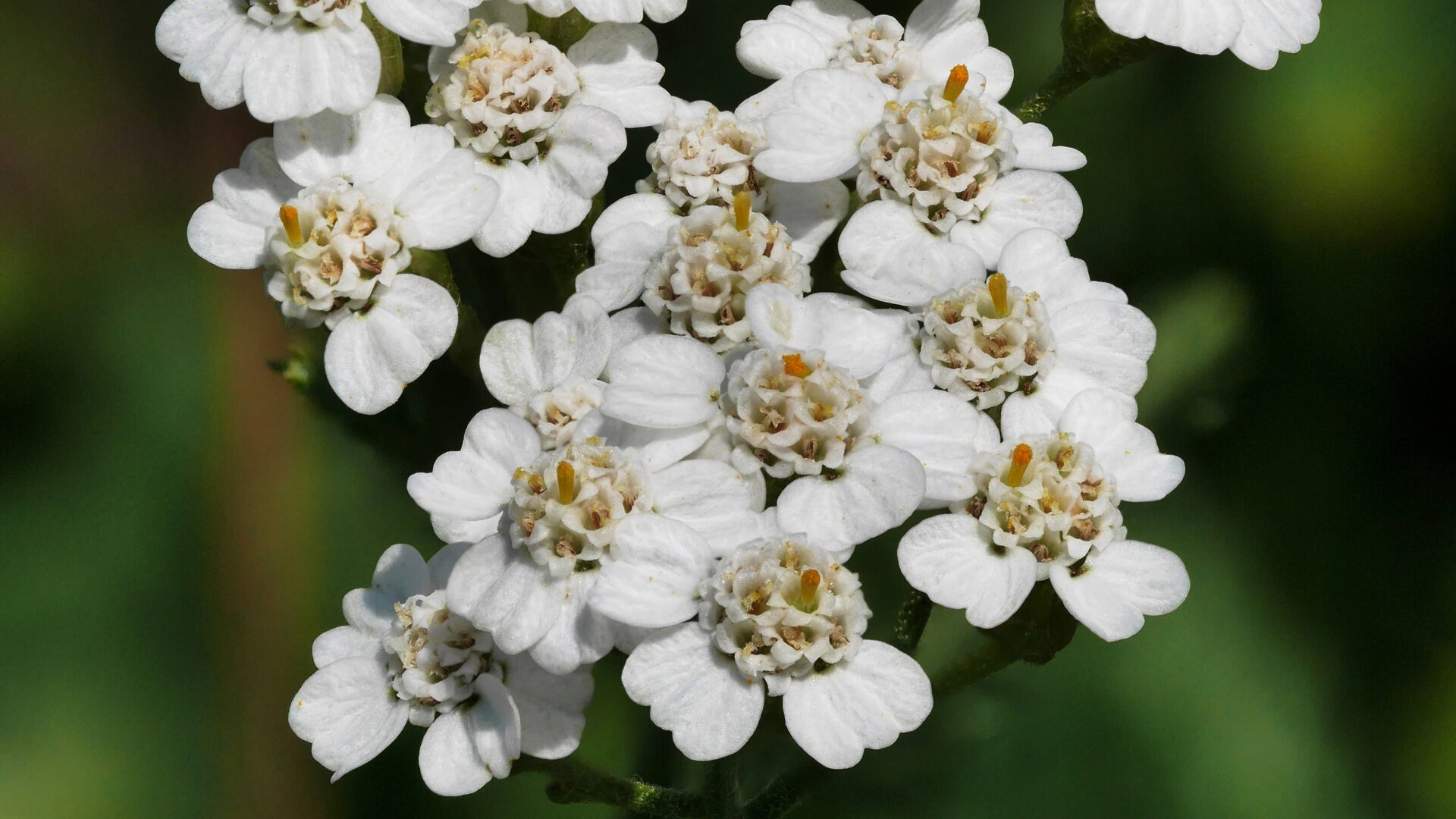 Achillea millefolium, commonly known as yarrow (/ˈjæroʊ/) or common yarrow, is a flowering plant in the family Asteraceae. It is native to temperate regions of the Northern Hemisphere in Asia and Europe and North America. It has been introduced as a feed for livestock in New Zealand and Australia, where it is a common weed of both wet and dry areas, such as roadsides, meadows, fields and coastal places.

Yarrow is recognized as a protective, healing plant that encourages prophetic dreams. Similar to that of mugwort, this plant was used in times of visioning to connect a person to their dreams and desires. Its circulatory tonic effect soothes energetic stagnation and blockages.

Yarrow is another superb herbal dreamtime ally to help protect our dreamspace. Enlivening your dreamspace can bring forward beautiful and powerful visions, but also, potentially those that are troubling as well. If this is the case for you, it is important to incorporate herbs like yarrow which can help protect your dreamspace. Like mugwort, yarrow is noted to imbue prophetic dreams and deep visions for some people in addition to an enhanced ability to communicate with spiritual energies or forces.

Since many people consider vivid or prophetic dreaming as a type of divination, yarrow is commonly integrated into many herbal dreamtime practices. Dating back to the ancient times of the I Ching when yarrow stalks were thrown as a type of divinatory practice, yarrow’s importance as a spiritual, divinatory, and dream-protecting herb continues today. Dried or fresh yarrow can be bundled together with mugwort and hung above your bed to both help stimulate and protect your dreamspace. It can also be enjoyed in a tea or crushed up and sewn into a dream pillow.

Handfastings – A common herb in love spells, yarrow is included in wedding decorations and hung over the bridal bed. Large patches of yarrow growing in a field indicate a very grounded energy spot. Sit there to center and relax.