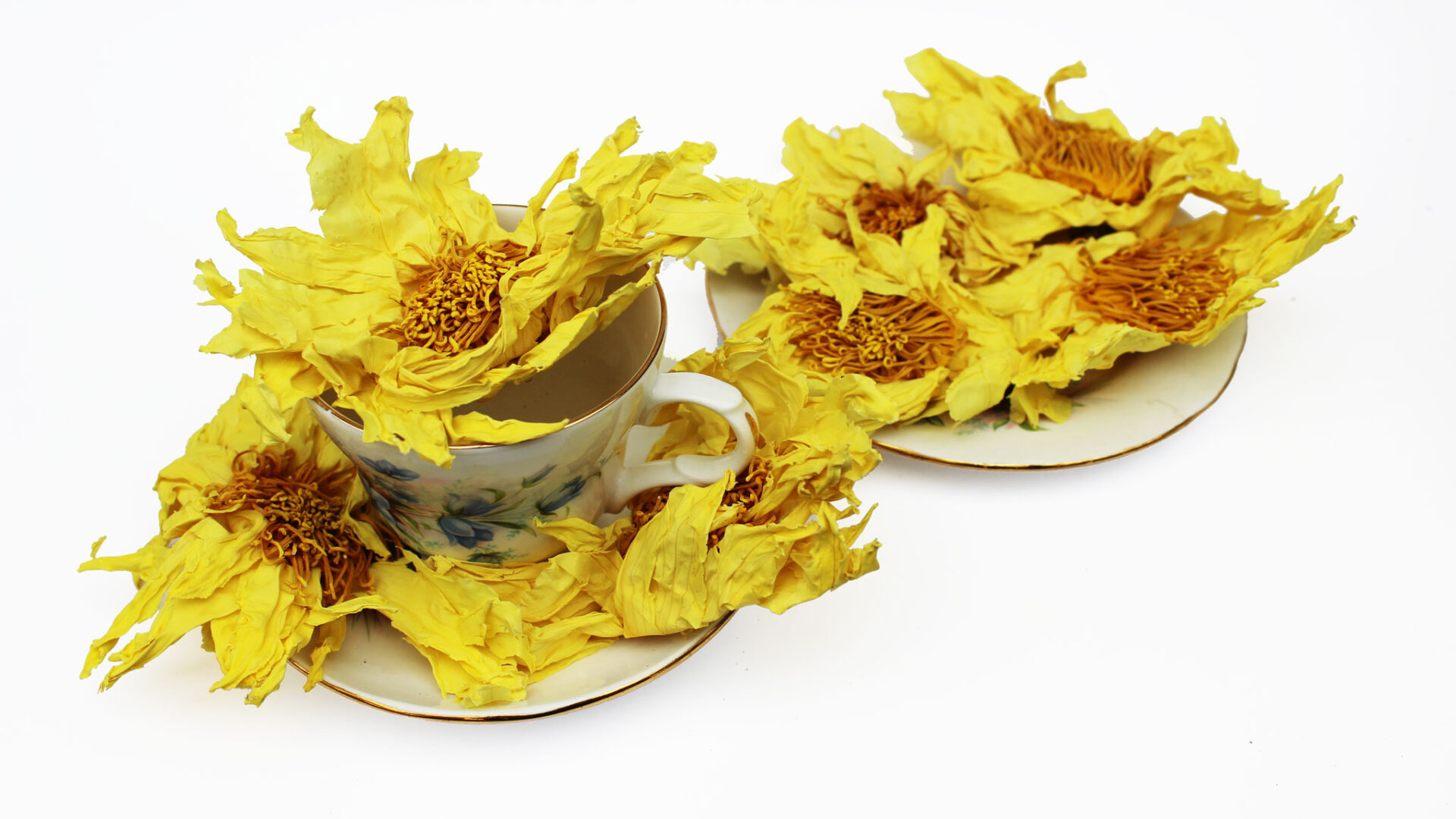 The Yellow Lotus Flower has been used in traditional medicine for thousands of years as a natural aphrodisiac, sleep aid, and anxiety reliever.

It holds cultural importance, and images of the flower have been found all over the world. Historians believe it was once used by the Mayans as a traditional medicine to treat an array of conditions and disorders like anxiety and insomnia as well as being used in Ceremony.

The Yellow Lotus often symbolises religious beliefs and may also symbolise the achievement of enlightenment.

Handfastings – A common herb in love spells, yarrow is included in wedding decorations and hung over the bridal bed. Large patches of yarrow growing in a field indicate a very grounded energy spot. Sit there to center and relax.