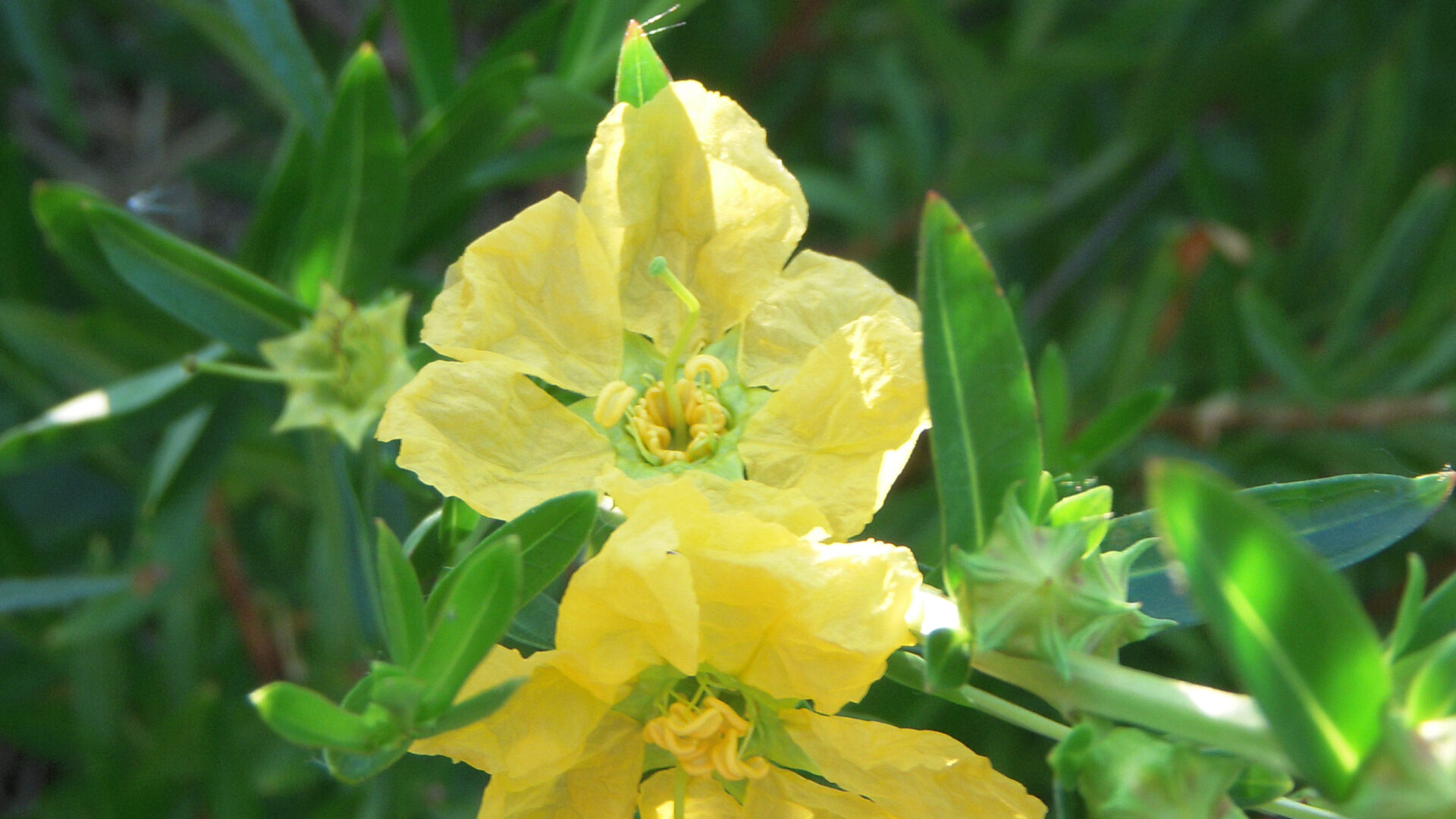 These herbal extracts are ideal for adding to herbal teas, or other beverages, and can also be added to foods. When calculating the required amount, consider how much of the normal herb you would use, and divide that by at least 10 as these extracts are concentrated. The Heimia salicifolia extract is safe to consume, a typical dose would be 400-600 mg and the maximum recommended would be 2000 mg per day.

Heimia salicifolia is a species of flowering plant in the Loosestrife family, Lythraceae. It is native to the Americas, ranging from the southwestern United States (Texas and New Mexico) through Mexico and Central America to Argentina. Common names include shrubby yellowcrest, sinicuichi, sun opener, willow-leaf heimia, sini.

The plant has been used for shamanic purposes by native peoples in Central America and Mexico.

Use of H. salicifolia for shamanic purposes by native peoples of Central America and Mexico has been described. In the method of preparation commonly used, fresh leaves are collected and allowed to wilt. The leaves are put into a cup or jar, cool water is added, and the mixture is placed in the sun to brew and ferment for at least 24 hours. It is said that during the fermentation process, the knowledge of the sun is embedded into the potion, creating the “elixir of the sun.”

This plant was called Sinicuichi (or Sun Opener) by the Aztecs and is still used by Mexican shamans as a trance divination catalyst. This herb is regarded as sacred in that it enables vivid recollection of past distant events. Some users I have worked with have even reported the remembrance of pre-birth events!

Apart from the intensification of prophetic visual imagery during sleep, Sun Opener causes a yellowing of the vision and altered acoustic perception.

An excellent source of Vitamin C, Sheep sorrel is highly sought after for its amazing antioxidant properties. Commonly used to treat blood disorders, inflammation, diarrhoea, excessive menstruation and the passing of stones. For mouth and throat ulcers, a tea with honey is recommended.

Externally, it has been used to treat many skin conditions such as eczema, hives, herpes and rashes. An astringent, diuretic, laxative.