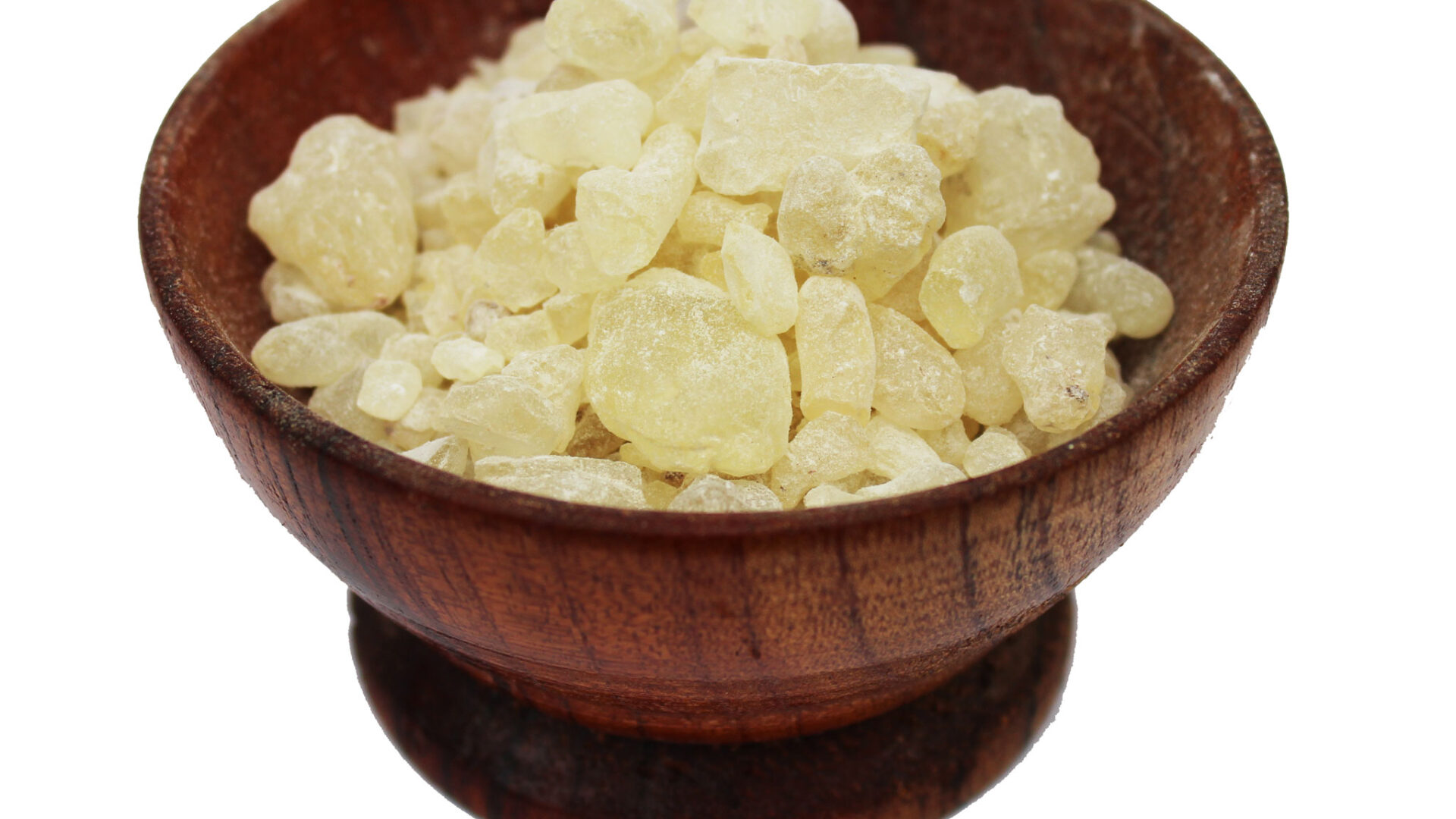 This Sandarac has been hand collected from Jordan

Sandarac (or sandarach) is a resin obtained from the small cypress-like tree Tetraclinis articulata. The tree is native to the northwest of Africa with a notable presence in the Southern Morocco part of the Atlas mountains. The resin exudes naturally on the stems of the tree. It is also obtained by making cuts on the bark. It solidifies when exposed to the air. It comes to commerce in the form of small solid chips, translucent, and having a delicate yellow tinge. Morocco has been the main place of origin of sandarac. A similar resin is obtained in southern Australia from some species of the Australian cypress-like trees Callitris, but the resin has not been systematically collected in Australia.

Although it is not very strongly aromatic, sandarac resin was and is also used as an incense. The aroma has been compared to balsam.

Sandarac is a folk medicine in Morroco, and it is used to relieve cramps and bring an atmosphere of calm during childbirth. It is also used to make a liquor that is drank for relaxation and medicinal properties. Taking Sandarac internally was known for treating tapeworm and roundworm. It is still burnt in the Arabic world to treat a cold.