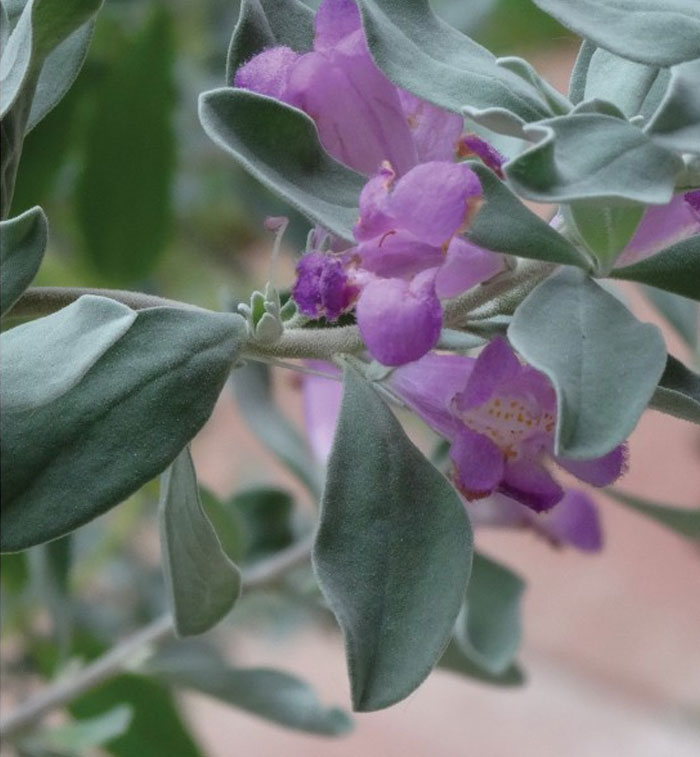 Sage absorbs negativity and misfortune. It drives away disturbances and tensions, and lifts the spirits above the mundane cares of life. Burn it to consecrate a ritual space.

Historically, southeastern Europe has been the principal producer of sage. Dalamatian Sage, as it is commonly called, has been recognised around the world as a highly aromatic, mellow and smoother tasting sage – die to differing essential oil components. Grown mainly for culinary and medicinal properties.

The oil is collected early in the morning from the leaves of sterile and immature plants – prior to flowering – as this is the best time when distillers can extract the most oil. The common Sage oil is preferred in perfumery work, which although safer, has a less refined fragrance.

Common uses: Sage has traditionally been used for its highly regenerative properties and has been known to be beneficial for slow healing wounds.

Caution: This oil should be used with caution due to its high Thujone content. Not to be used during pregnancy or by individuals suffering from epilepsy.

The generic name of Sage comes from the Latin salvere, ‘to save’ or ‘to heal’. It has been considered a sacred herb dating back centuries, used in the form of herbal infusions, gargles, and poultices, particularly for mouth and throat infections and headaches. Aids in respiratory, menstrual and digest complaints. It is also said – to help strengthen the senses and cognitive mind set.

A sacred herb by the Romans, Sage, during the Middle Ages was used to treat numerous ailments, from the fevers to liver diseases to epilepsy, and to even ward-off the great plague. It has been a constant Tea flavour – that is considered a pleasant and healthy refreshement.

Tradition holds that those who eat sage become immortal both in wisdom and in years. Sage is used in wish manifestation and to attract money.

Sage absorbs negativity and misfortune. It drives away disturbances and tensions, and lifts the spirits above the mundane cares of life. Burn it to consecrate a ritual space. Carry it as an herb of protection. Use it in the ritual bath and the chalice.