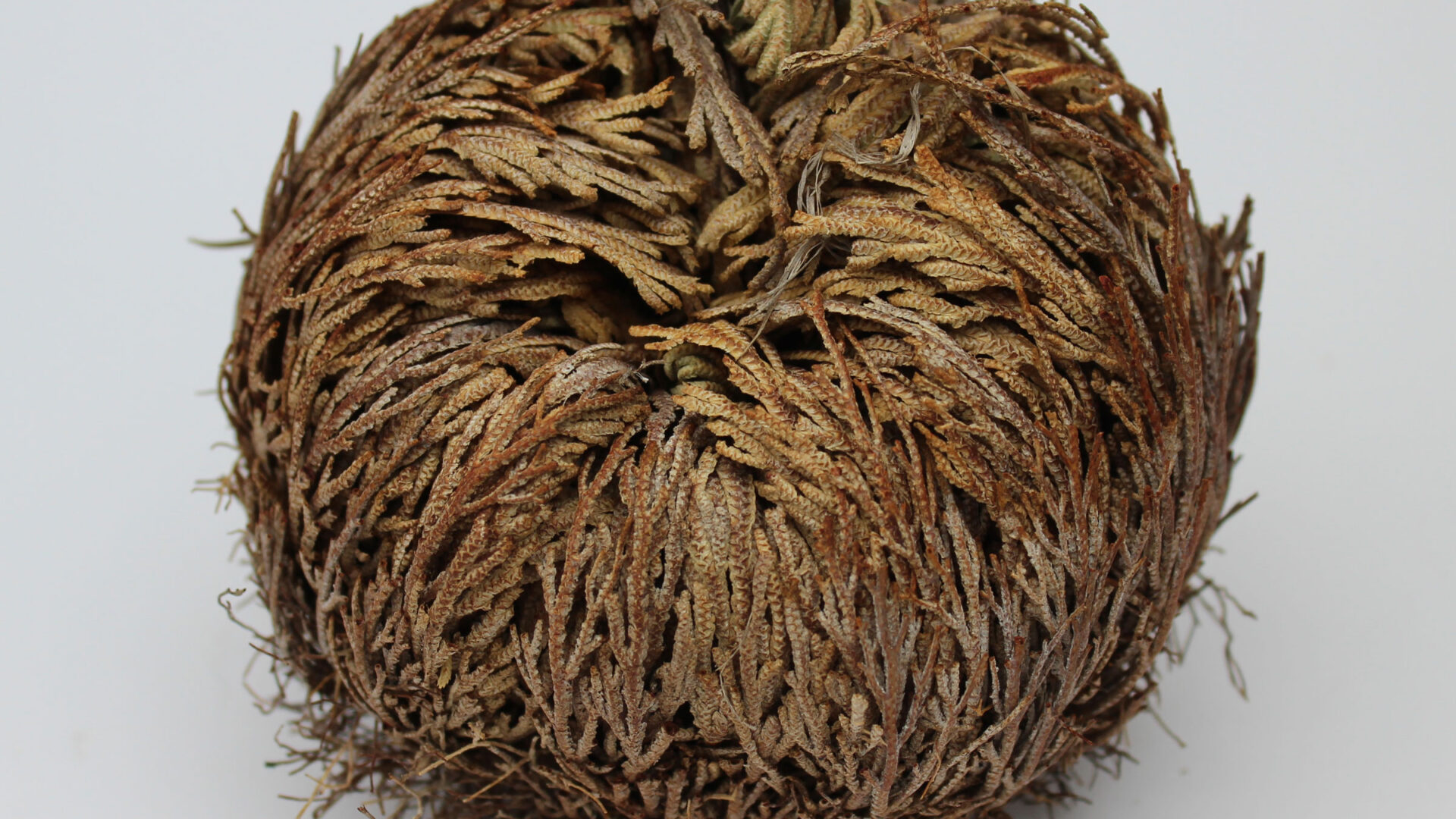 The Rose of Jericho is native to the Chihuahua Desert in Mexico, and is famous for being a ‘resurrection plant’.

Watch this time-lapse I took of a Rose of Jericho after being placed in a dish of water. This was over a 6 hour period.

After the rainy season, the plant dries up, dropping leaves and curling branches into a tight ball, and “hibernates”. Within the ball, the fruits remain attached and closed, protecting the seeds and preventing them from being released prematurely.

When deprived of water, the plant does not die, instead it enters a dormant state, and can remain this way for many years. The Rose of Jericho is a tumbleweed, and so when it has curled up and protected its seeds, it retracts its roots and is carried across the desert sands by strong winds, often rolling for decades until it finds a fresh source of water, or until rains come again.

When the plant finally reaches a fresh source of water, the ball begins to unfurl and the resurrection plant really lives up to its name. After appearing dead for years, it will ‘wake up’ from its dormant state, open up and disperse its seeds. If there is enough water in the new location, the seeds will germinate within only a few hours.

Selaginella lepidophylla has been used as a herbal medicine. An infusion is made by steeping a tablespoon of dried material in hot water, and the resulting tea is used as an antimicrobial to treat colds and sore throat.

In Mexico, S. lepidophylla is sold as a diuretic. Women drink the water in which the plant is soaked to facilitate childbirth. The speed at which the plant blossoms in the water is interpreted as an indication of whether the delivery will be easy or difficult.

The plant is also used in the rites of voodoo and Cuban santería to invoke love and fortune. The plant is said to absorb “negative energy” when worn on the body.