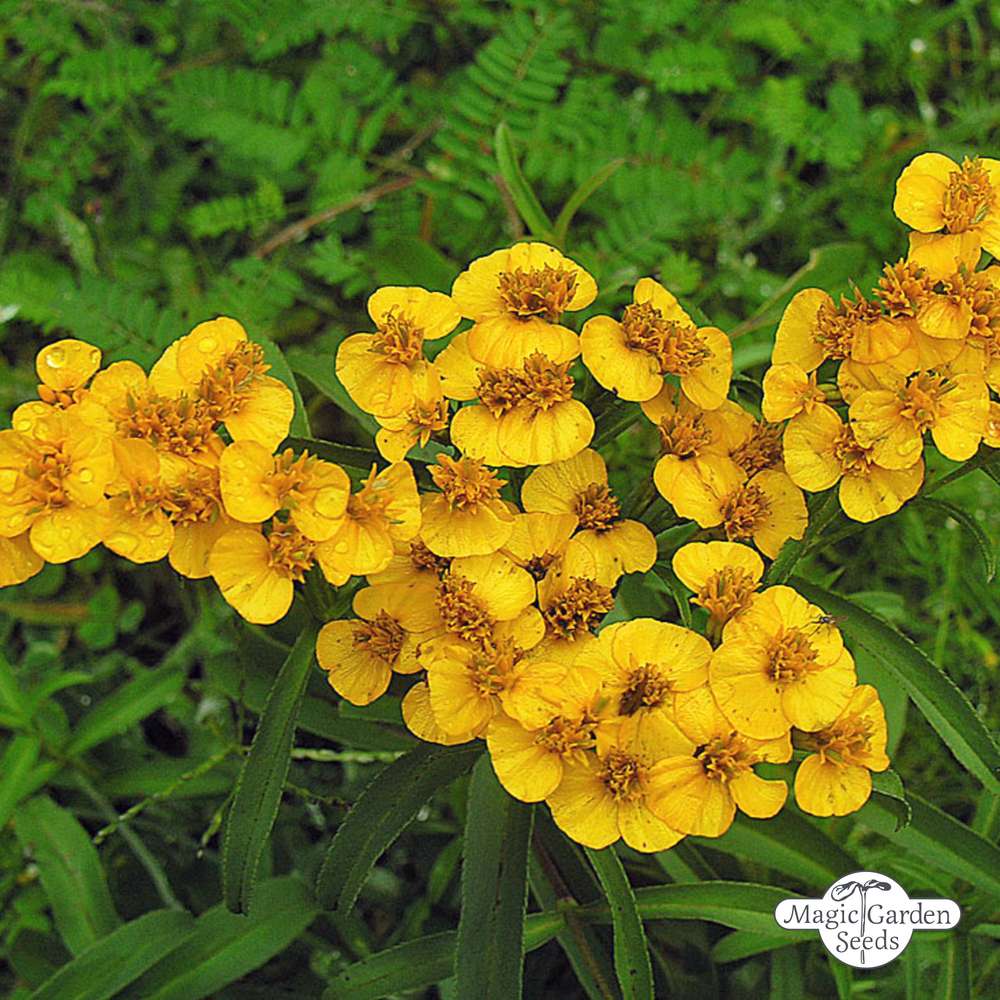 Tagetes lucida Cav. is a perennial plant native to Mexico and Central America. It is used as a medicinal plant and as a culinary herb. The leaves have a tarragon-like flavor, with hints of anise, and it has entered the nursery trade in North America as a tarragon substitute. Common names include sweetscented marigold, Mexican marigold, Mexican mint marigold, Mexican tarragon, sweet mace, Texas tarragon, pericón, yerbaniz, and hierbanís.

Tagetes lucida was used by the Aztecs in a ritual incense known as Yauhtli, as well as being dedicated to the rain god Tlaloc. Tagetes lucida is still in use today primarily as a tea to treat the common cold, intestinal gas and diarrhea.

It has been reported that the Huichol of Mexico use the plant as an entheogen by smoking Tagetes lucida with Nicotiana rustica, and that Tagetes lucida is occasionally smoked alone as an hallucinogen. Archaeologists found that Mayans used Tagetes lucida as an additive in tobacco mixtures.