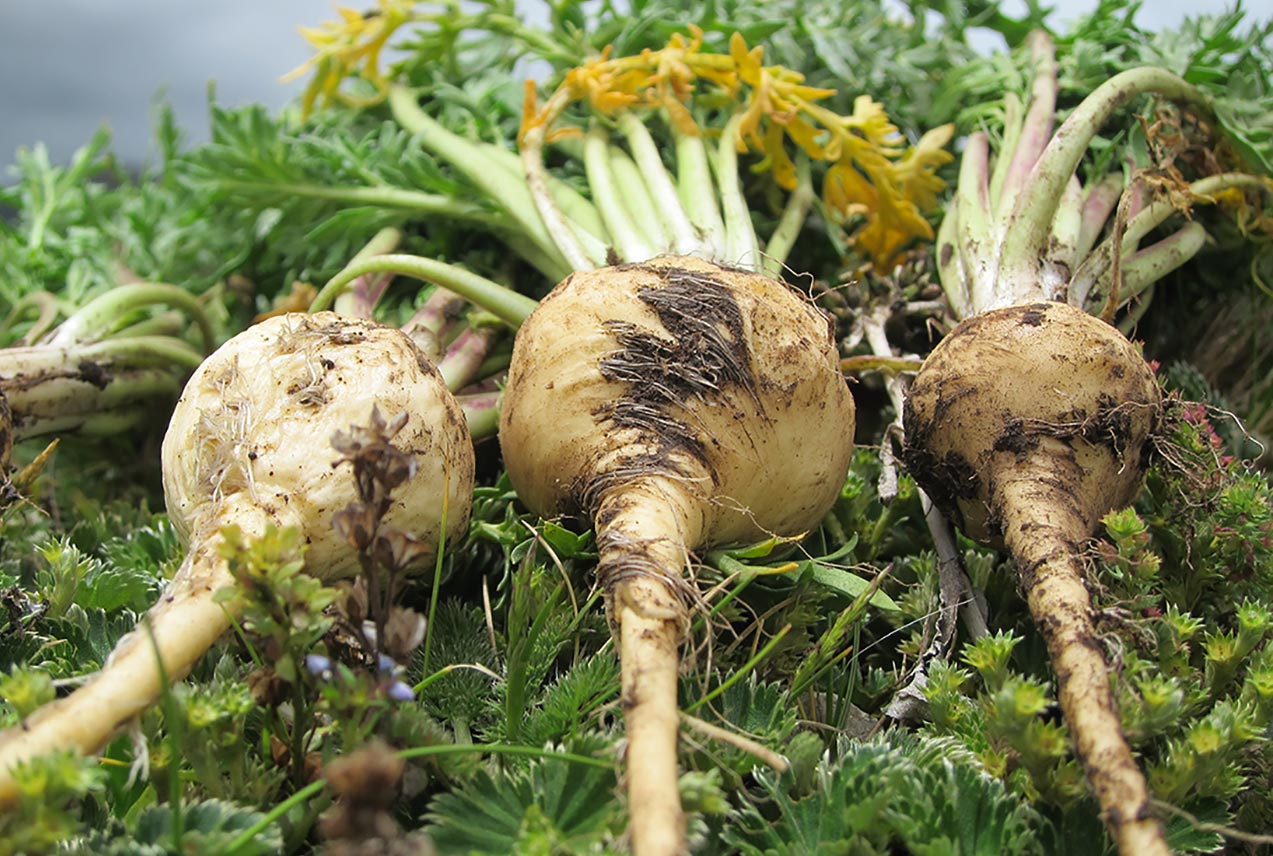 These herbal extracts are ideal for adding to herbal teas, or other beverages, and can also be added to foods. When calculating the required amount, consider how much of the normal herb you would use, and divide that by at least 10 as these extracts are concentrated. The Maca Root extract is safe to consume, a typical dose would be 500-750 mg and the maximum recommended would be 3000 mg per day.

Lepidium meyenii, known as maca or Peruvian ginseng, is an edible herbaceous biennial plant of the family Brassicaceae that is native to South America in the high Andes mountains of Peru. It was found exclusively at the Meseta de Bombón plateau close to Lake Junin in the late 1980s.

Maca has traditionally been used as a sexual enhancer. It has been used all over the world and is reported to affect both men and women. The effect is not understood to be hormonal, as it has no effect on estrogen or testosterone.

Maca is starting to be investigated for its use as a mild “nootropic” with some users reporting improved cognitive ability, as well as others suggesting it can have an effect on bone health.