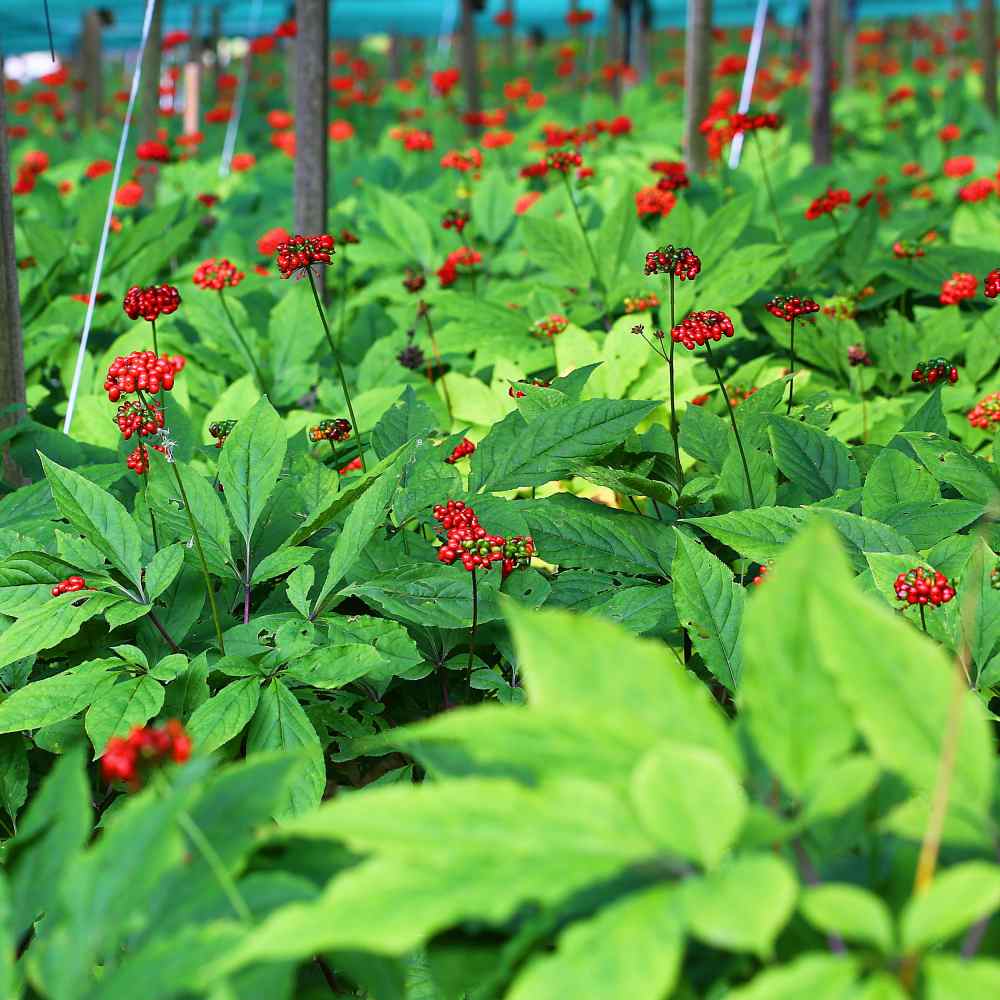 This NEW Extract has a confirmed 80% Panaxoside, one of the main active ingredients in Korean Ginseng.

Known as the ‘king of herbs’ for its astounding healing properties, Korean ginseng is a traditional Asian herb renowned for its potential to prolong life, promote health and body vigor and treat many health issues like ulcers, stress, anxiety, vomiting, tumors, nausea, internal degeneration, inflammation, aging, fatigue, diabetes and depression. In fact, although most herbs only treat a few alignments, Korean Ginseng has so many applications for health that its scientific name is “Panax” – from the latin word meaning “ a cure all”. An antidepressant, aphrodisiac, nervine, tonic and adaptogen.

Ginsenosides or panaxosides are a class of natural product steroid glycosides and triterpene saponins. Compounds in this family are found almost exclusively in the plant genus Panax (ginseng), which has a long history of use in traditional medicine that has led to the study of pharmacological effects of ginseng compounds. As a class, ginsenosides exhibit a large variety of subtle and difficult-to-characterize biological effects when studied in isolation.

Most studies of the biological effects of ginsenosides have been in cell culture or animal models and thus their relevance to human biology is unknown. Effects on the cardiovascular system, central nervous system and immune system have been reported, primarily in rodents. Antiproliferative effects have also been described.

Two broad mechanisms of action have been suggested for ginsenoside activity, based on their similarity to steroid hormones. They are amphiphilic and may interact with and change the properties of cell membranes. Some ginsenosides have also been shown to be partial agonists of steroid hormone receptors. It is not known how these mechanisms yield the reported biological effects of ginsenosides. The molecules as a class have low bioavailability due to both metabolism and poor intestinal absorption.