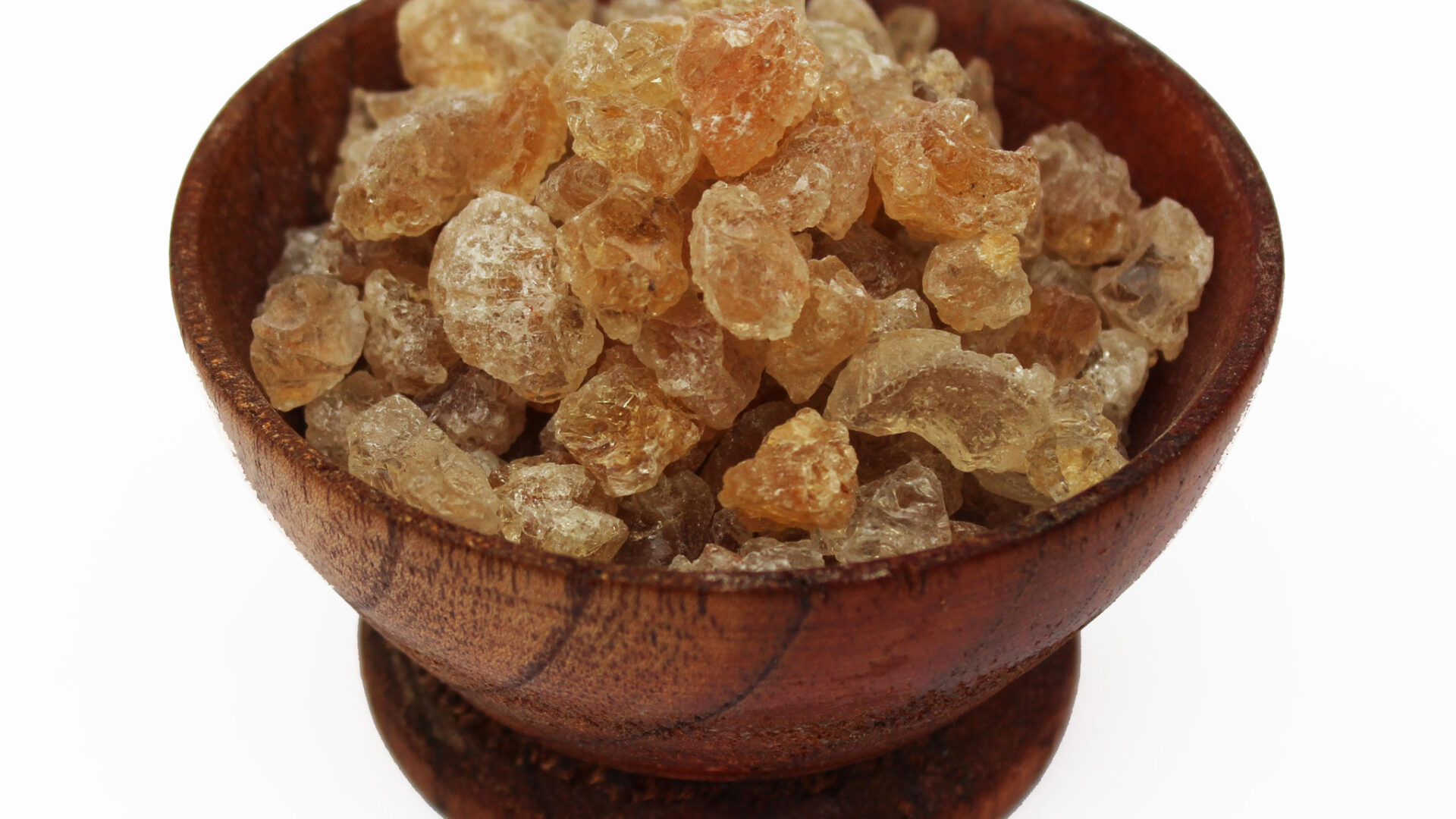 Gum karaya or gum sterculia, also known as Indian gum tragacanth, is a vegetable gum produced as an exudate by trees of the genus Sterculia.

Karaya gum is used as a bulk-forming laxative to relieve constipation. It is also used to increase sexual desire (as an aphrodisiac). In manufacturing, karaya gum is used as a thickener in medications, cosmetics, and denture adhesives; and as a binder and stabilizer in foods and beverages.

Gum Karaya can also be used as a binder when making incense.