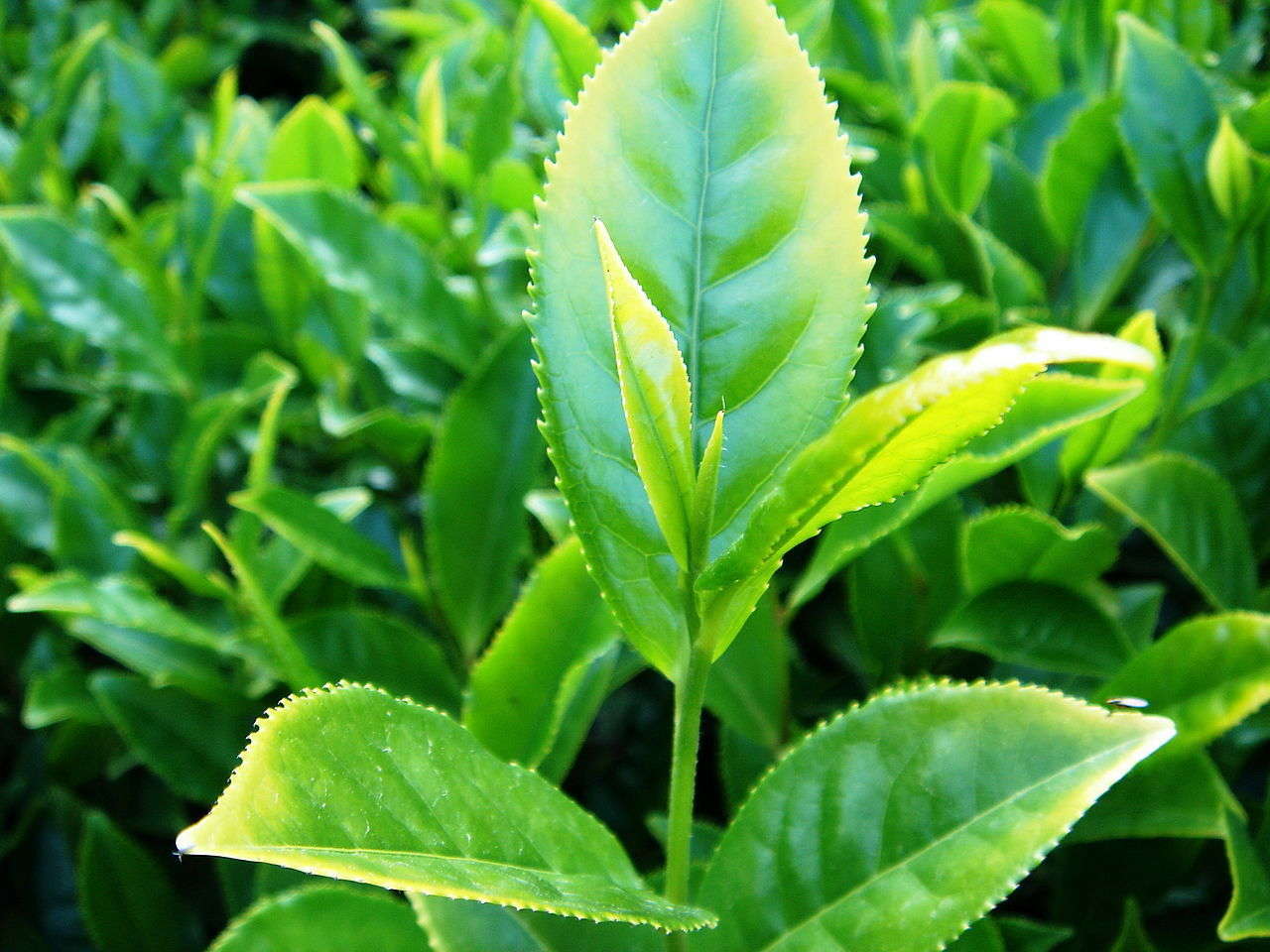 Camellia sinensis, the tea plant, is a small evergreen shrub with elliptical leaves and white flowers. Different teas are obtained from its leaves depending on how they are treated after harvest. Green tea isn’t processed and oxidised as much as black tea, so it keeps a softer herbaceous scent.

According to legend, tea was first cultivated in China and used during the reign of Emperor Shen Nung (around 2737BC). The tea plant made its way to Japan in about AD800, first regarded as a purely medicinal herb, and eventually becoming a popular beverage. Tea arrived in England around 1660, via the East India Company, spreading to Europe thereafter.

The fragrant absolute is obtained from the dried leaves by solvent extraction. It has a very green scent reminiscent of hay and fresh wood but with a sweet note.

While Green Tea will be most easily accessed in the top notes of a perfume, it is possible to adapt some of the more sheer middle notes with Green Tea Absolute.

** It is important to note that all absolutes are extremely concentrated by nature. They should not be evaluated in this state unless you are accustomed to the undiluted fragrance. For those trying Absolutes for the first time, we strongly recommend they be evaluated in dilution. Otherwise, the complexity of the fragrance – particularly the rare and exotic notes – become lost.

Absolutes can be very viscous or even solid and can be difficult to extract from the bottle. Gently warming the absolute in a water bath will melt the product and make it easier to use.