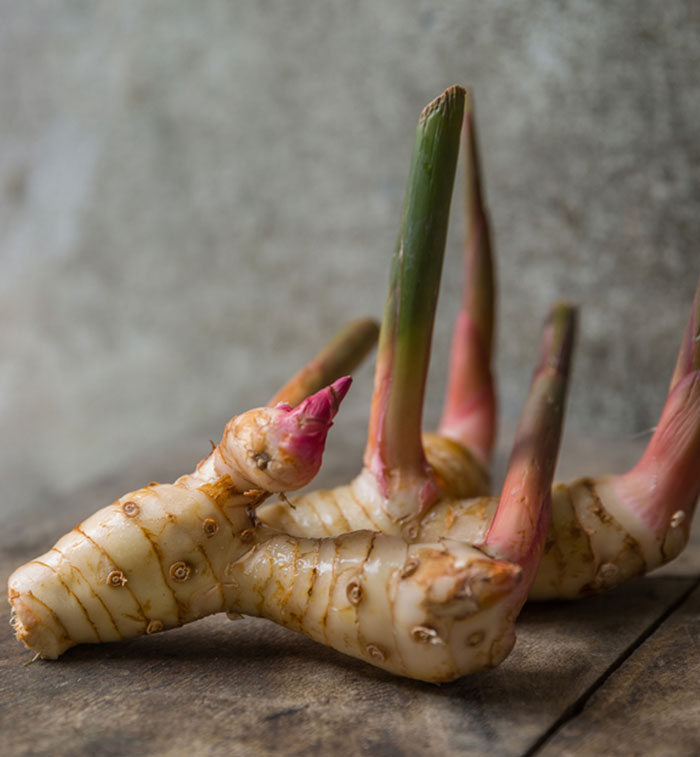 Also know as greater galangal. This oil is steam distilled from the rhizome. It is a beauty, closely related to, but softer and subtler than ginger.

Common uses: Galangal has traditionally been used as a stimulant and carminative. It has been known to ease digestive complaints such as flatulence and nausea.

Resembling ginger in its effects, galangal is an aromatic stimulant, carminative and stomachic. It is used against nausea, flatulence, dyspepsia, rheumatism, catarrh and enteritis. In many parts of Asia and increasingly in the West as well .