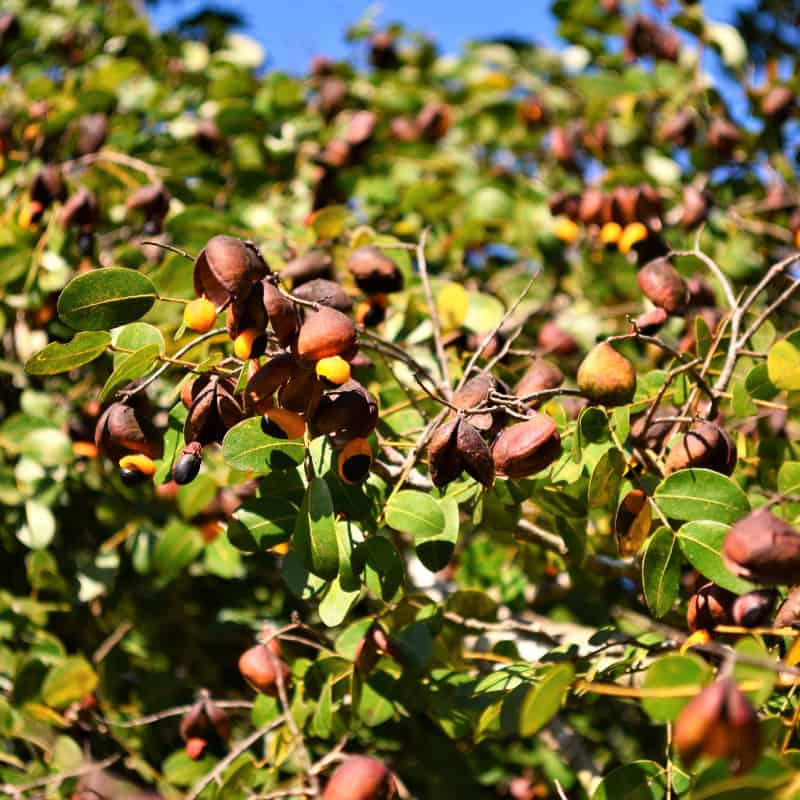 Having trouble reading the Kells Font? Click here to change it.
Change Font

Copaiba is a stimulant oleoresin obtained from the trunk of several pinnate-leaved South American leguminous trees (genus Copaifera). The thick, transparent exudate varies in color from light gold to dark brown, depending on the ratio of resin to essential oil. Copaiba is used in making varnishes and lacquers.

The balsam may be steam distilled to give copaiba oil, a colorless to light yellow liquid with the characteristic odor of the balsam and an aromatic, slightly bitter, pungent taste. The oil consists primarily of sesquiterpene hydrocarbons; its main component is β-caryophyllene.  The oil also contains significant amounts of α-bergamotene, α-copaene, and β-bisabolene.

Copaiba is also a common name for several species of trees of the legume family native to Tropical Africa and North and South America.

Historically, copal was used to dress the skin, relax redness, and bring balance to skin spots and texture. It is still used in indigenous cultures in sacred ceremonies of smoke divination and meditation rituals to purify body and soul. When used for consecration and purification, copal conjures a sense of peacefulness, acceptance, and appreciation.