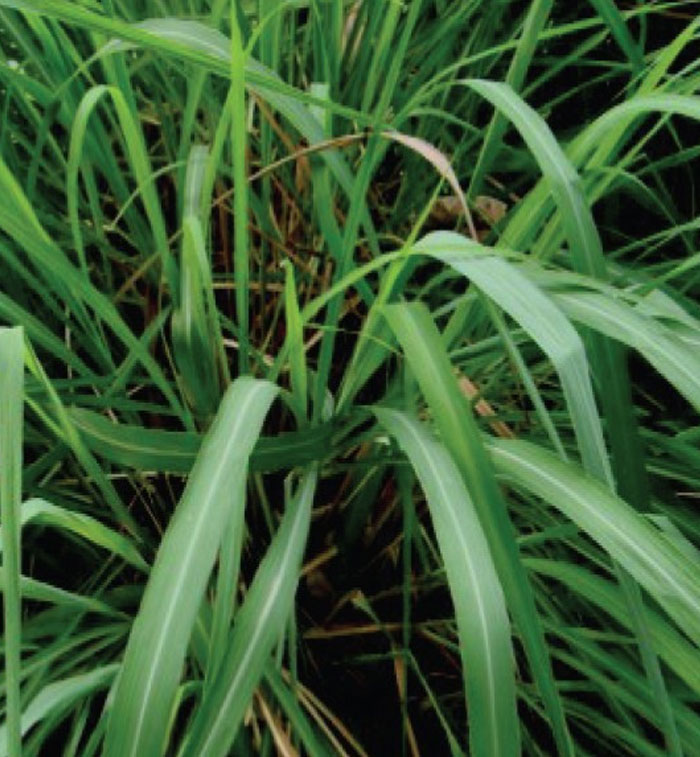 A tall perennial grass native to Sri Lanka, growing to about 1 metre in height, and capable of living up to 15 years, due to an extensive root system. During regular cultivation, the plants normally replaced after 5 years. Harvesting will begin five to six months after the plants begin to grow, and every months after that. Normally in the early hours of the morning and finishing by noon. During the harvesting and cutting of the leaves, an approx. 15cm (from the ground) plant stock remains to regenerate for the months ahead. The leaves are then left to wither for 24hrs before the steam distillation takes place.

Being one of the important essential oils that is extracted from aromatic grasses. This oil is used extensively as a source of important perfumery chemicals like citronellol, citronellal and geraniol, which finds its extensive use in soap, perfumery, cosmetic and flavouring industries throughout the world. The Ceylon oil has more methyl iso eugenol which is a pyrethrum synergist – enhancing pyrethrum’s properties.

FACT : ?Citronella and its essential oil have been in use for more than a thousand years and were used as one of the oldest effective insect repellent. Citronella is usually planted in home gardens to ward off insects such as whitefly adults. Its cultivation enables growing some vegetables (e.g. tomatoes and broccoli) without applying pesticides. Careful planning is required as Citronella’s roots system can be quite aggressive. Another popular blend, Citronella with Cedarwood oil Virginia, has been a popular remedy against mosquito attacks for many years prior to DDT and other modern insecticides.

Citronella oil helps to clear the mind and has a general toning and tonic effect on the body. It is beneficial for boosting the immune system against colds, flu, and minor infections, as well as reducing fever. May help reduce abdominal, menstrual and indigestion upsets. It may be used for combating excessive perspiration and for balancing oily skin. Citronella is most well known for its use as an aromatic and effective insect repellent