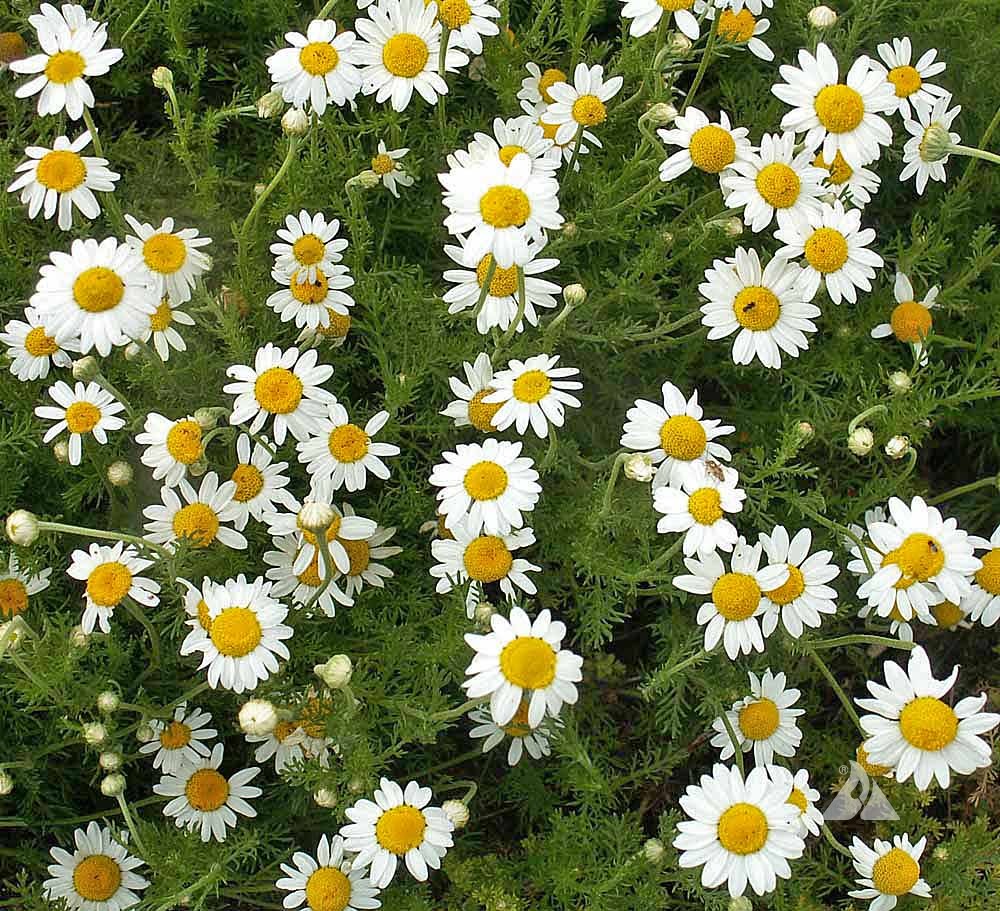 One of Two Main types of Chamomiles we know today (the other is the German or Hungarian type) – the oils from these two types are also very distinguishable and the effects of one can in no way be prescribed to the other. The English or Roman type chamomile oil are relatively the same species, though through history, in different locations.

The botanical names for the two main Chamomile oils have changed over the years according to different botanical authorities ie, taxonomists. Roman chamomile is a small perennial herb, with a hairy stem and feathery pinnate leaves, daisy like white flowers (larger than those of German chamomile) clustered in a bush, and grows about 25 cm high.

Common uses: Roman chamomile has traditionally been used to for sensitive, red and dry skin. It has also been known to help alleviate stress and anxiety.

Incorporating the oil into treatments for muscular aches and pains, arthritis, rheumatism, PMS and menstrual conditions, stress, nervous tension, anxiety and sleeplessness. It has also been used in hair care for cleansing and as a final rinse for lightening blonde hair, though Roman Chamomile being the preferred choice, due to its softer aroma. It is said to also be beneficial for skin care of mild acne, allergies, boils, burns, cuts, dermatitis, ear-ache, eczema, inflammations, insect bites, rashes, teething, tooth-aches, and minor wounds.

Chamomile, an herb of the sun, brings power and light to spells and protects the home from all dark influences.