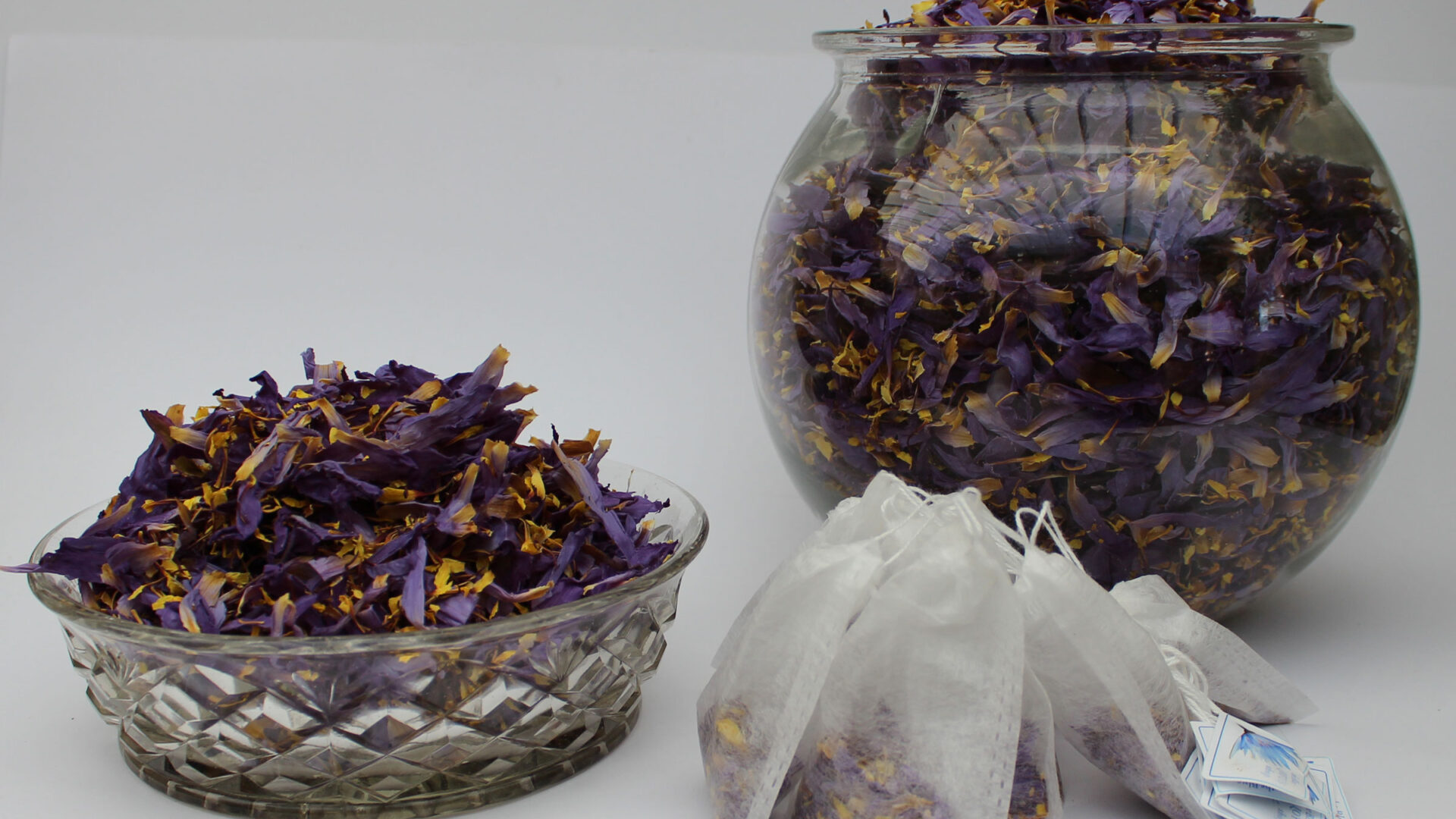 Don’t fall for misleading advertising saying to only buy whole flowers. To make the Petal & Stamen Tea they remove the fibrous, woody flower centers from the flowers. The centers have no medicinal value at all. In fact it takes 8kg of Blue Lotus whole flowers to make 5kg of Blue Lotus Petals & Stamens. This makes it more expensive, but every gram of the product has the properties and active ingredients of the Blue Lotus.